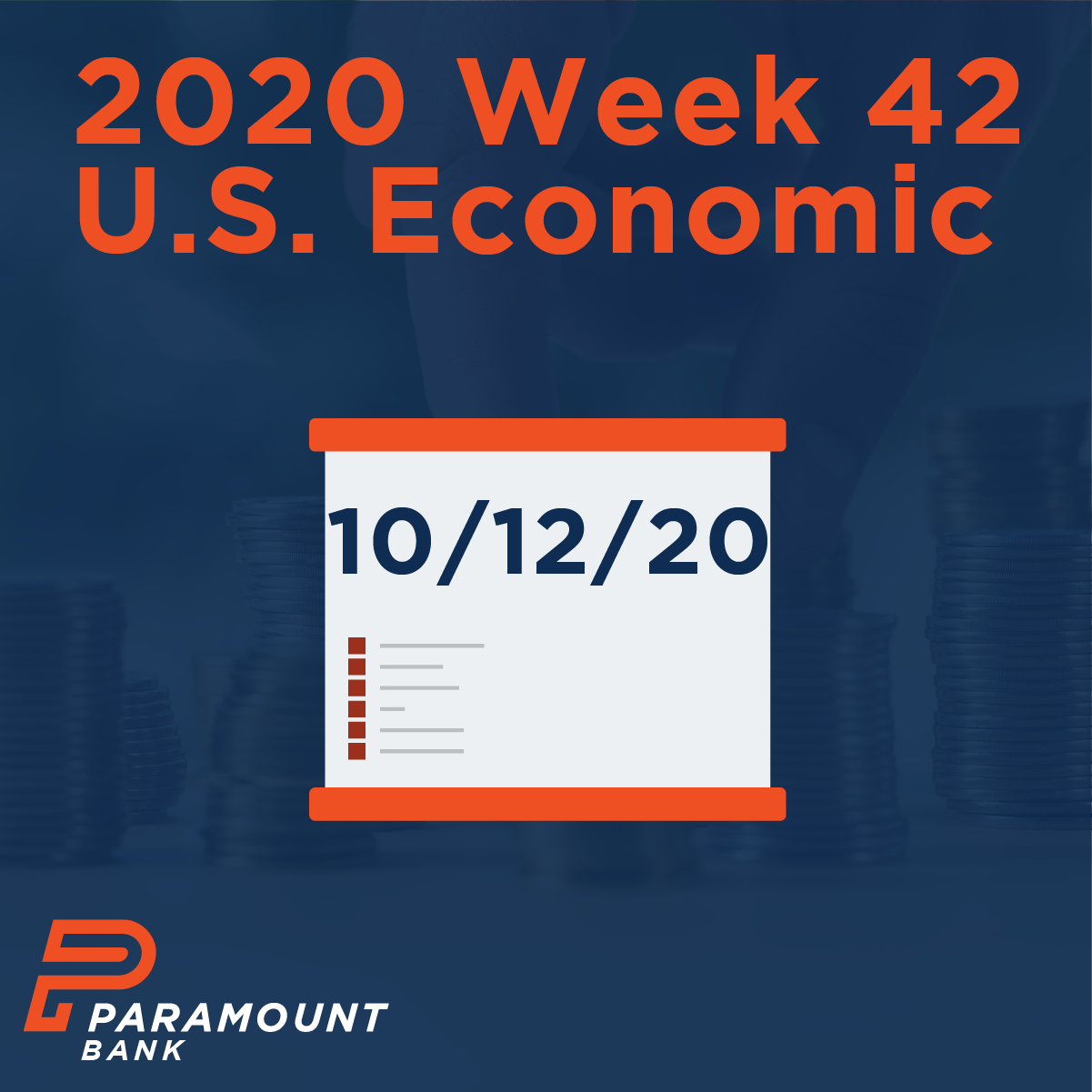 Week 42 of the 2020 U.S. Economic Calendar highlights The Consumer Price Index for September, the mortgage purchase applications index, and  the weekly unemployment claims.

Here are your key economic updates for the week ahead, October 12 – October 16: