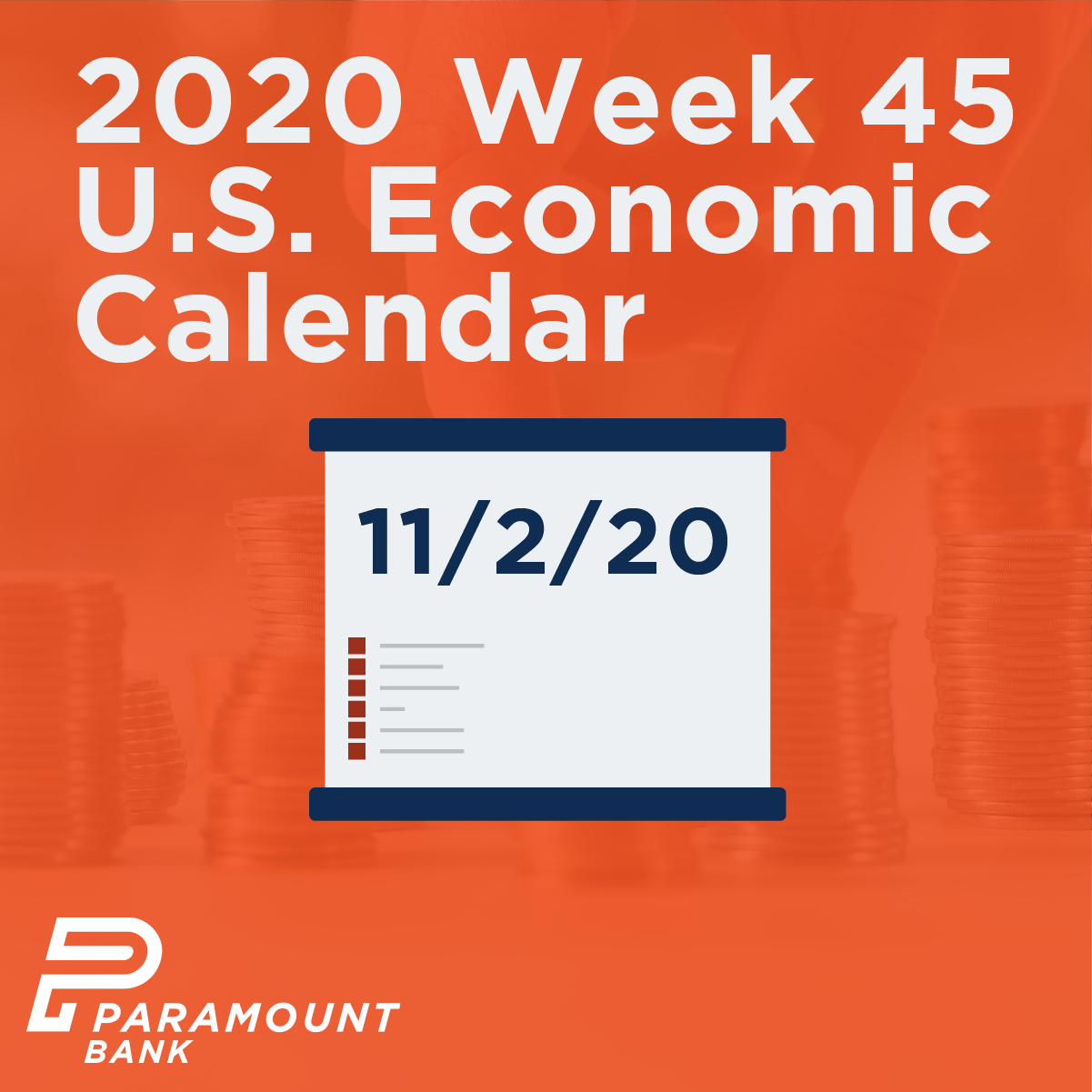 Week 45 of the 2020 U.S. Economic Calendar highlights the mortgage purchase applications index, ISM Manufacturing Index for October, and the Employment Report for October

Here are your key economic updates for the week ahead, from November 2 – November 6: