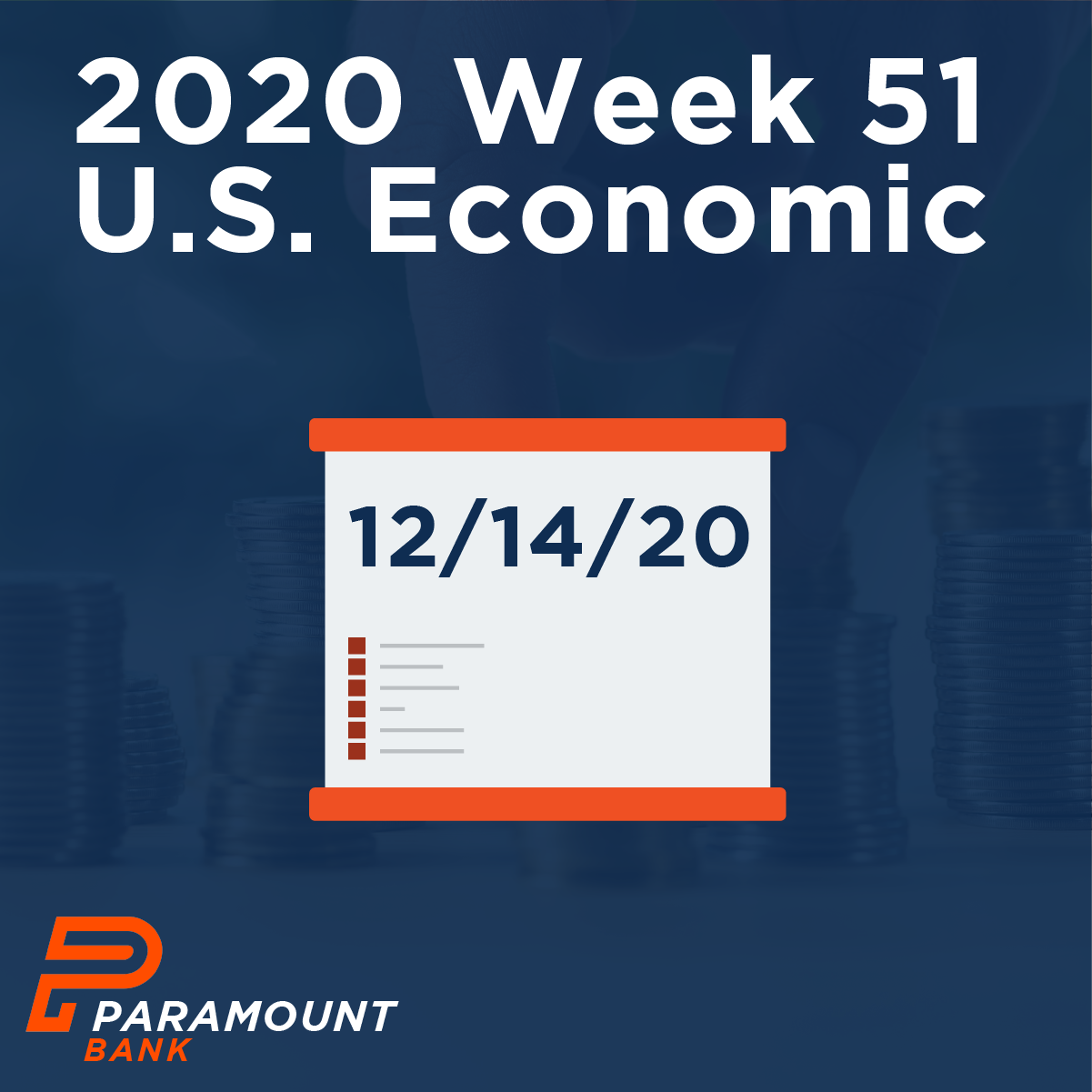 Here are your key economic updates for the week ahead, December 15 – November 18: