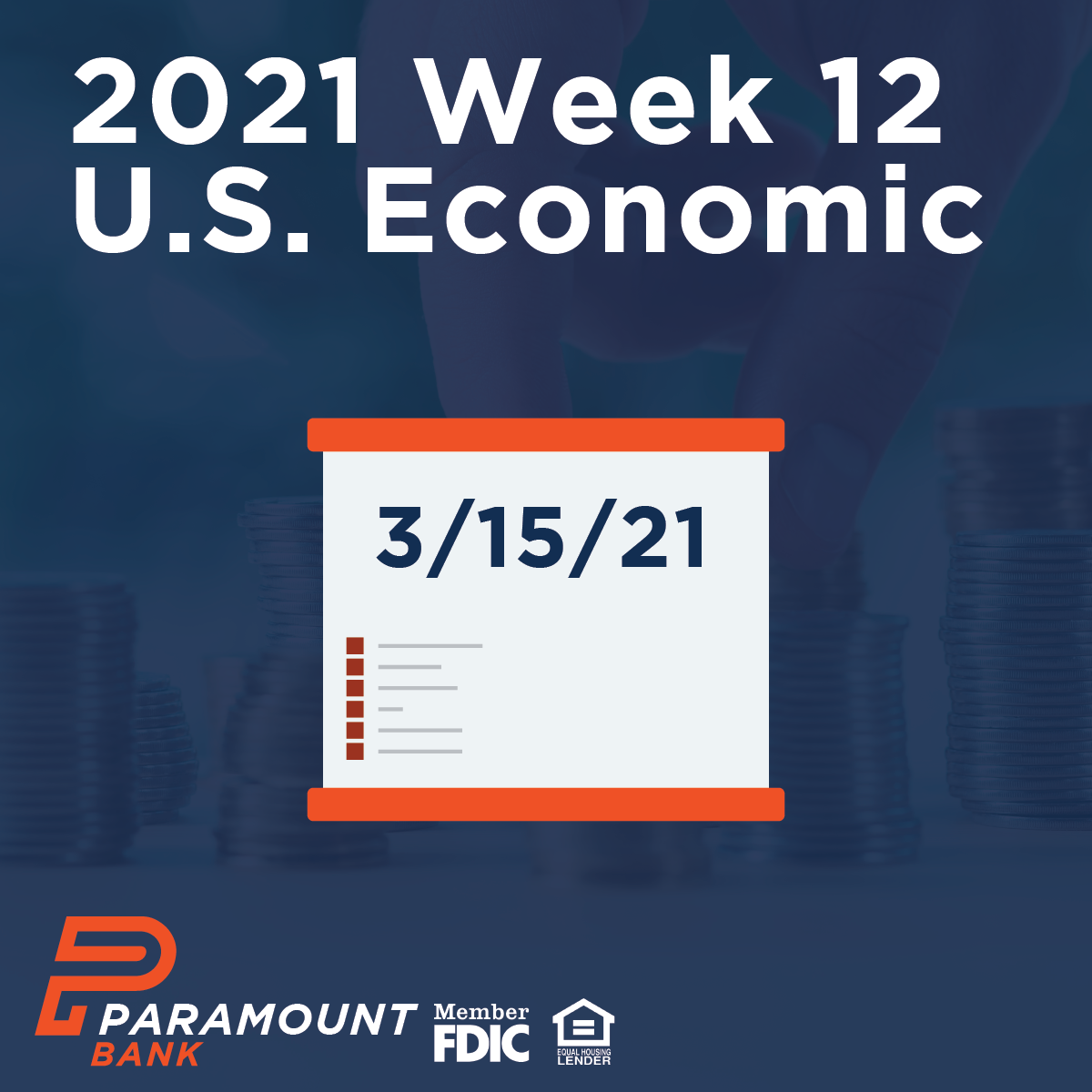 Week 12 of the 2021 U.S. Economic Calendar highlights the State Employment and Unemployment for January 2021, the mortgage purchase applications index, and more.