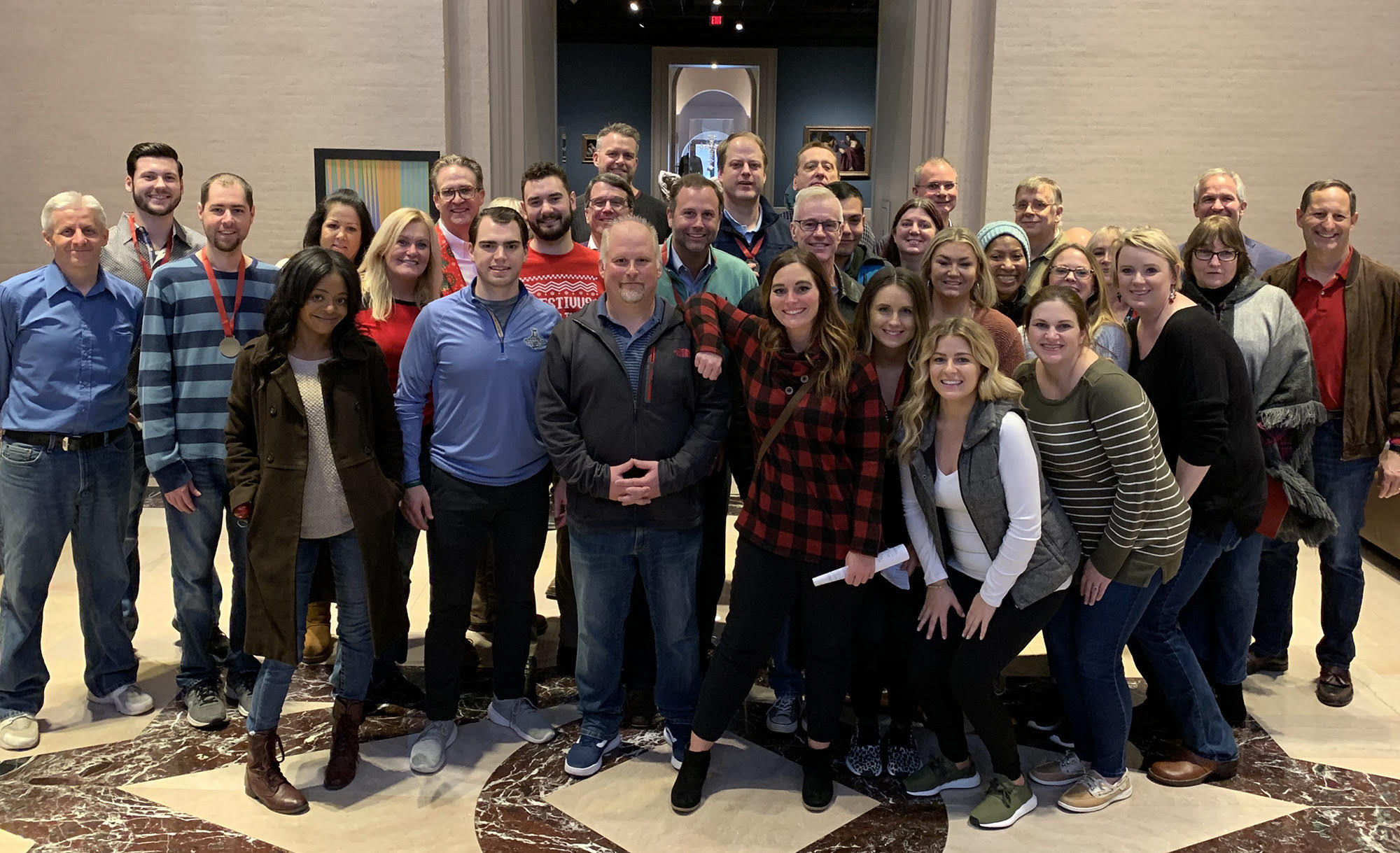 “There has been a murder…”

On December 6th, the bank and corporate staffs in St. Louis had their annual holiday party! After a team meal of the famous Imo’s Pizza at the office, the office closed for a few hours to bus everyone to the St. Louis Art Museum. When they got there, Watson Adventures informed them that there had been a murder in the museum and they were the only ones that could find the killer! They split up into teams of 5 to search for clues throughout the museum to determine “Whodunnit.”

After 90 minutes of detective work, everyone reported back in the lobby to submit their findings. Although most of the teams found the killer, there was only one Whodunnit Scavenger Hunt winner, “Team Too.” Congrats to Dan Cates, Steve Braeckel, Tyler Frank, Taylor Summers, and Brian Duncan for uncovering the murderer and scoring the most points with their findings! We are sure they will wear their medals proudly for many years.