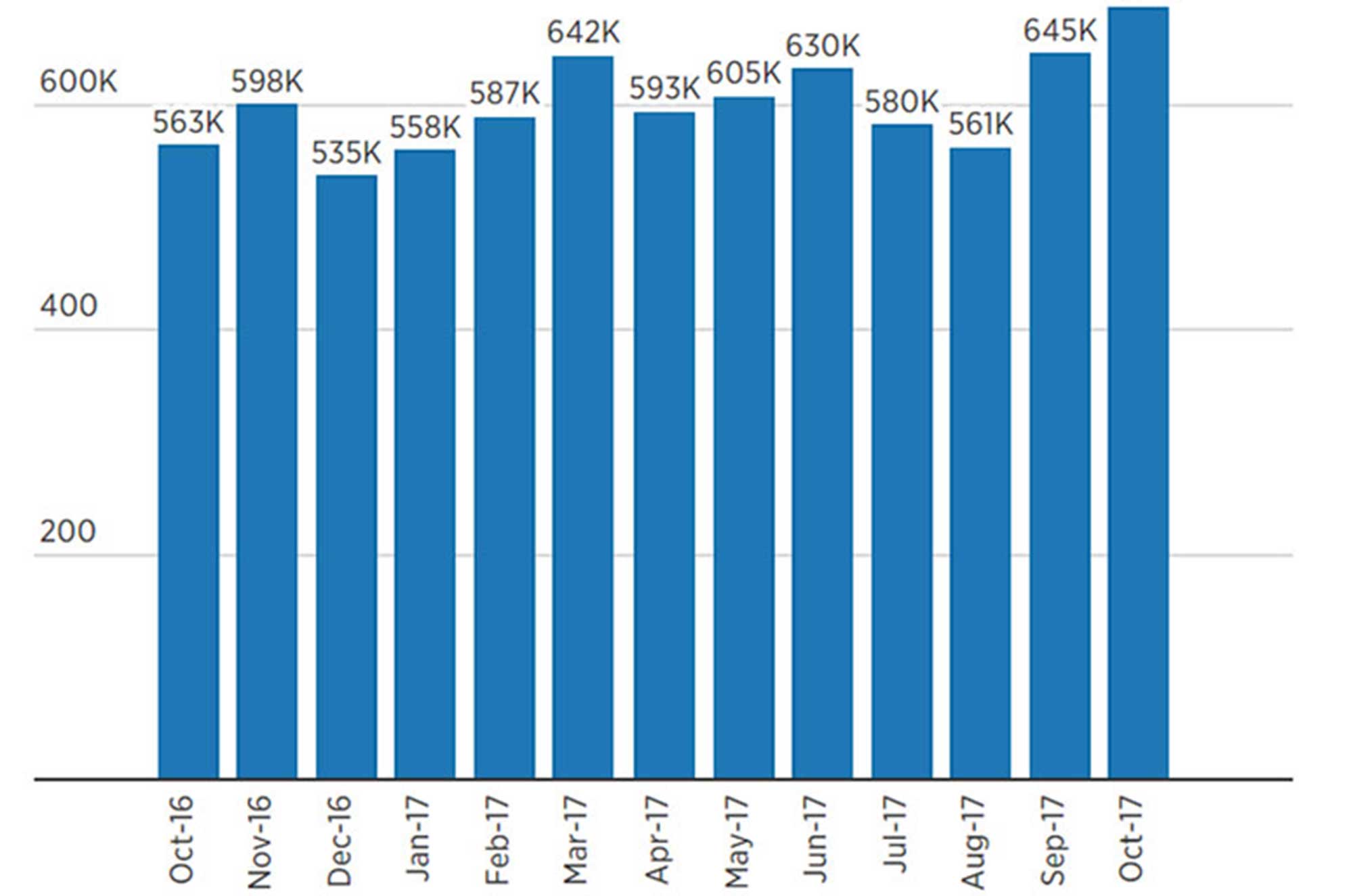 Sales of new U.S. single-family homes rose unexpectedly in October, hitting their highest level in 10 years amid vigorous demand across the country.

The Commerce Department stated that new home sales increased 6.2 percent to a seasonally adjusted annual rate of 685,000 units in October. That was the highest level since October 2007 and followed September’s revised sales pace of 645,000 units.

This, along with October’s increase in homebuilding and sales of previously owned homes, suggests the housing market could be regaining momentum after keeping a steady pace for much of the year. Housing has been constrained by shortages of homes for sale, skilled labor and suitable land for building. 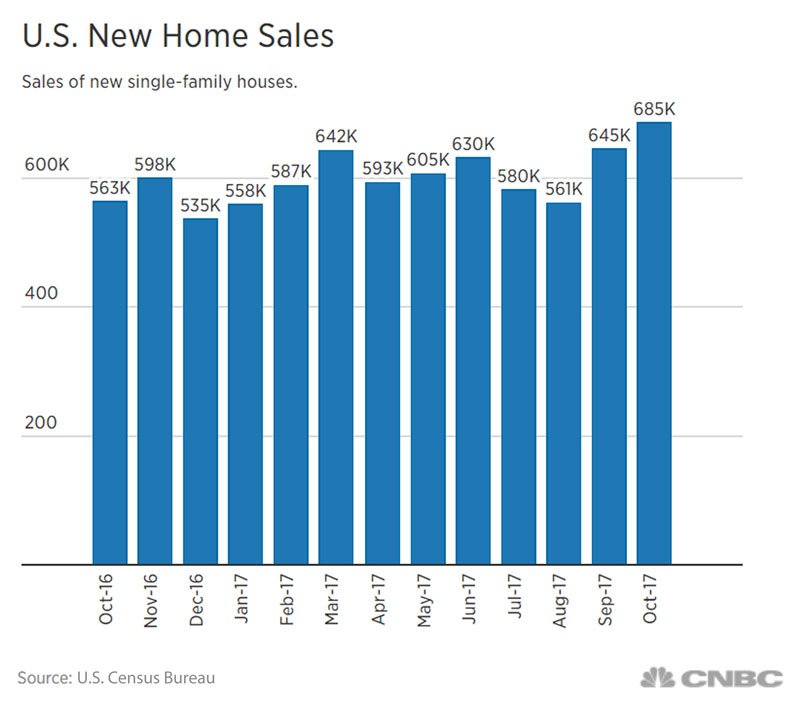